Lately I have been questioning myself, and society as a whole, regarding the rise of the Zombie Apocalypse sub-culture and my own fascination with zombies of late. I guess I have to start with my own thinking and try to expand that to the sub-culture and society at large. First of all, I have long been interested in politics which I am convinced plays a large part in the rise of the zombie sub-culture. At the same time I have watched the decline of our civilization in many ways, from a moral decline to a decline in peoples’ acceptance of personal responsibility. Throughout modern history there have been many groups that have held apocalyptic beliefs and prepared for the end of the world as we know it.  Jonestown, Heaven’s Gate, militias, Y2K and the list goes on, but what is different now? Past Doomsday groups have usually had a specific date in mind, but current Zombie Apocalypse preppers and other modern preppers in general have no such timeline, other than it could happen at anytime. FYI, for those who don’t know, a prepper is someone who prepares for some type of apocalyptic event, ranging from just being prepared to survive some type of natural disaster to financial/governmental collapse to a Zombie Apocalypse. To many people, the world has been teetering on the edge of destruction for a long time, famines, droughts, tsunamis, the dust bowl, great depression, world wars, etc…

So, how does this all relate to zombies? I believe that zombies have become a metaphorical representation of society in the modern world. We have what some call “Sheeple” that seem to blindly follow the media and whatever view of the world they deem fit to air or print. People who have forgone their individual strength in favor of government checks, food stamps and programs. We have sports zombies that can quote team stats to the most minute detail, but don’t know who their representatives are in the state or federal government. We have a generation of video game zombie kids. TV zombies that are more tuned into Americal Idol or Dancing with the Stars than the economic strife and political turmoil going on around them. We have “Occupiers” that gather en masse in cities all over the world with no agenda other than to complain about the rich 1% instead of putting that effort into becoming the 1%. So, when you stop and think about it, we are surrounded by zombies of some sort on a daily basis. Mindless masses going through life on auto-pilot.

Now, when we bring all these things together, is it any surprise that the zombie apocalypse sub-culture is growing? More and more people are starting to wake up to the state of the world, the economy, their governments and so on. Many have begun prepping for whatever they perceive as the most pressing threat, but in doing so try to make sure they are prepared for ANY eventuality. Others find that type of prepping to be depressing and/or fatalistic, so just add zombies and it’s a little more palletable. Ironically, zombies also seem to fit their view of the current world condition whether they realize it consciously or not. Zombies, being mindless creatures driven by the basest instincts too feed, this metaphor could apply to those who seem to mindlessly pursue money or power. Those who mindlessly follow the mainstream media or look to the government to fulfill all their needs. Those who mindlessly envy or covet the success and the wealth of others and abdicate their own ability and individual power to achieve.

Zombiphiles, from what I have seen, seem to be a combination of self-reliant preppers, gun enthusiasts that foresee government restrictions and fun-loving free thinkers. Zombie prep seems to be a fun way to prepare for the worst. Zombie Crawls, zombie themed shooting contests, etc… all seems to put a little fun into serious concerns. That is “Why Zombies?”, zombies represent a metaphorical view of society and put a little light-heartedness into preparing for disaster, be it financial, governmental or natural disasters. For me zombies are definitely a metaphor of society, for others they are just fun and for some they are the ultimate underdog challenge. In America especially, the underdog is an icon, a force to be reckoned with. I believe this is another driving factor behind the rise of the zombiphiles. There is something alluring about a small rag-tag group of survivors facing countless hordes of undead, surviving and slaying the hordes in large numbers.

So, that’s my take on zombies, the zombie apocalypse and the rise of a unique sub-culture. Societal metaphor, sense of impending doom on many fronts, attraction to the underdog aspects and just plain fun. 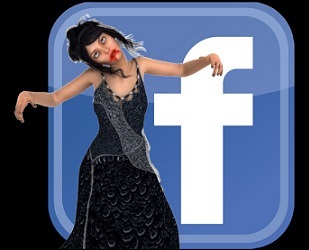